Yes China Has Spectacular Growth Numbers – But How Much Is Fake? 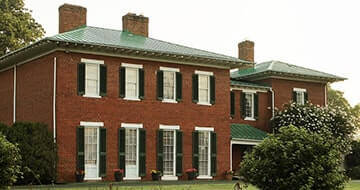 Don’t you find it completely amazing that year-over-year the Chinese government claims that China’s GDP is increasing by 10%? And who is to say for sure? After all, there is very little transparency, and a lot of that GDP growth is not actual or real. Just like many of the banks in China have outstanding loans that are no good, and they aren’t even worth the paper they’re written on. Yet those same banks are doing initial public offerings, and capturing tens of billions of dollars in capital.

But I ask you, are they merely raising capital to cover their butts, for all the bad loans in municipal vehicles that they have outstanding, if so, then that is fraudulent by Western Standards – and if so then all the investors that put up that money, have invested not in an actual bank, with transparency, and not in a free market enterprise, but rather in a house of cards.

Do you recall when Dubai was growing by leaps and bounds, it looked like they had more money than God, I mean Allah. The real estate prices kept going up and up, and every new building was taller than the last, until they had 10 of the tallest buildings in the world. Yes, a stunning job in human engineering, clearly impressive in all regards, but, that’s not my point here.

It turns out the whole thing was a giant real estate bubble, built on a foundation of sand. If you will recall everyone thought they were a rich nation, but it was all based on debt. It wasn’t real, and whereas it appeared to be too good to be true, that’s because it was. Now China could be little different because it has the demographics behind it, for solid growth if they run things correctly, but I doubt that, and worry about the whole; “it’s glorious to be rich,” motif.

We must also understand that the United States also went through periods of near bankruptcy, industrial revolution, labor riots, corruption, chaos, and several complete market collapses. For anyone to think that the technocrats in the central government of China can maneuver through all those same obstacles without any chaos is kidding themselves. Just because China doesn’t have to be transparent, does not mean all is well, because it obviously isn’t.

China may be able to hide its tracks better, and clampdown on the media, and prevent the truth from being told, but there is far too much foreign investment going into that country for the secret to stay in-house. Yes, China does have incredible growth numbers, but I ask you how much is actually real? Now then, I’d like you to please consider all this and think about it.