Will Prices on These Cheap Mexico Beachfront Lots Rise? 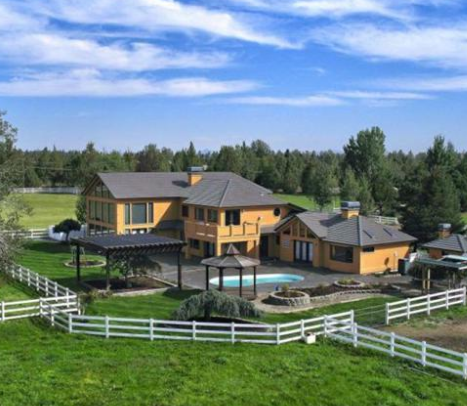 The recent big news for retirees or vacationers on a budget, as well as savvy investors, is that a new development of cheap Mexico beachfront lotshas been released in the State of Campeche on the Yucatan Peninsula, now only for $45,000 USD per lot, contrasting to the $65,000 USD for the lots in the development next door. The question is, how can you as a buyer be confident that value of these lots will rise?

Especially investors, but also vacationers and retirees building their dream home, will want to know more before “diving in.” After all, the prices just “went down” to $45,000, didn’t they?

First of all, it must be remembered that the area where these lots are located is just beginning to tap into its potential as a tourist destination and community expat location. While the factors that present an excellent possibility of rising value are all in place, the results will become more apparent as each of these factors continues to mature. These factors include:

Full Services- The lots already include connections for electricity, water, phone and internet. There is also a Walmart in a nearby city (the city of Campeche, 45 minutes away), nearby golf courses and marinas under construction, and restaurants both in the city and in surrounding villages. As some of these are completed, others will begin to appear; once Campeche is in full swing with its modern services, it’s very unlikely anyone will be selling a lot directly on the beachfront only 45 minutes from the city for only $45,000 USD, $65,000 USD, or eve $150,000 USD.

READ  Deciding to Move to a New Home

Access -The lots have direct connection to the federal highway leading to the city of Campeche. In the city there is a small international airport. Only 2 hours is the Merida International Airport, and 5 hours away is Cancun, both of which offer many direct international flights for accessible prices. As the expat community grows, so will the flight options directly in Campeche.

Healthy Tourism- While Campeche hasn’t yet got a big “pin on the map” like the nearby colonial gem of Merida, it’s well positioned to start off by catching some overflowing tourism from that city, only 2 hours away; in fact, this has already happened, and those who have visited generally feel Campeche is the best example of a beautiful, well-maintained, clean and safe colonial city. With the growing idea of a more unified Yucatan Peninsula tourism area, Campeche is one of the places best positioned to benefit. A new tourist-focused train is also in plans connecting Campeche to Merida, Chichen Itza and Playa del Carmen near Cancun on the other side of the Peninsula.

Large Expat Community- The success of the first development of lots (the $65,000 ones) shows that expats are already heading to Campeche’s beachfront. These buyers are still in the process of planning and building their homes, and so the influx is still not visible; again, once the homes are built and more people start moving in, it’s very unlikely that anyone will be selling lots for these prices.

If you’re hesitating, it’s good to take your time, and make a careful well-informed decision. Talk to a Mexico agent, and arrange to come and see the lots for yourself. Ask as many questions as you can. But don’t take too much time; Campeche’s cheap Mexico beachfront lotsprobably won’t fall into the “cheap” category a couple of years from now!